If there is one city that more or less sums up what I love about Europe in the smallest, tidiest, and most colorful package, it would be Česky Krumlov in the Czech Republic.  The array of colorful ornate buildings all cozying together in odd arrangements.  Narrow lanes beckoning to explore and rewarding with friendly squares.  A castle looming over the town.  And then there is the city’s topography.  It is situated in a sharp horseshoe bend in the Vltava river such that the main city center is almost an island.  The streets and buildings in the city center are arranged in that charming way of so many European cities where they defy all sense of direction and elevation.  The river has carved deep into the surrounding rock and has formed a natural wall around the river bend where the Krumlov Castle stands majestically.  Bridges cross the river and gorges at different heights.

Česky Krumlov is not a place which is going to wow many tourists with its history.  Except to the most didactic of memories, the names and dates will be forgotten within days (or maybe hours).  There are no great figures in world history linked here.  But in a way, this makes Česky Krumlov the ideal place to put more focus on just absorbing the atmosphere and letting yourself feel lost in time, separated from the outside world.  For this reason, the best way to enjoy Česky Krumlov is to stay at least two evenings.  That’s two evenings to enjoy the labyrinth of tiny streets and picturesque squares.  The other benefit of this is to give yourself more time to enjoy the city in relative peace after the day-tripping hordes have left. 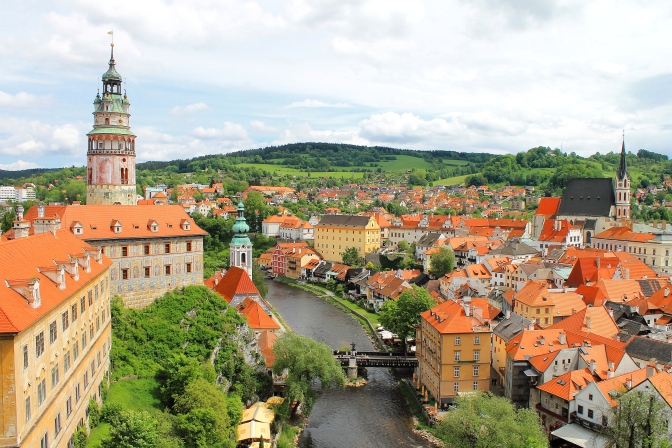 The itsabrewtifulworld History of Česky Krumlov

This is not to say that one shouldn’t be interested in the city’s history.  For places like this, rather than trying to fit new names and minor events into my already crammed brain, I try to find history that builds upon the parts of history that I am most interested in.  And generally that means World War I, World War II, and of course beer. 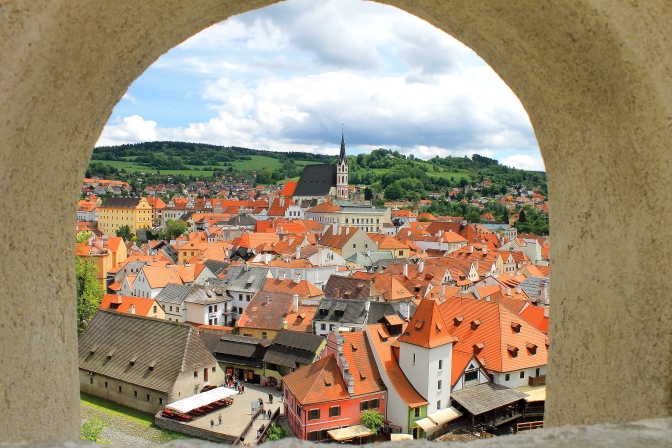 When you learn about the beginnings of World War II, one word that inevitably appears regarding Hitler’s expansionist plans is the term Sudetenland.  In a documentary or a textbook, this word is clearly defined but yet always feels vague.  So I was very excited to learn that Česky Krumlov is the living, breathing embodiment of the Sudetenland.  This city and region were occupied by the Nazis in 1938 because of the large German population.  This interweaving of Czech and German heritages goes back centuries and something the average American will have no concept of when hearing the term Sudetenland.  During World War I, both the Czech and German populations declared themselves independent from the other and claimed the city.  However, the Czech military swooped in and claimed Česky Krumlov for the newly formed Czechoslovakia.  At the time, the city had the Germanic name Krumau and in 1920 the name was officially restored to what it had been called back in the 15th century, Česky Krumlov.

I don’t remember who built the castle and when, but knowing that I was in the heart of the Sudetenland was what brought Česky Krumlov to life for me.

Česky Krumlov is a city that is so small, you can easily see it in a half day, yet it is a place which always makes me feel like I need to go back and continue to connect with it at a slow pace.  I have been there twice and still feel the urge to return again one day.

Krumlov Castle is the second most expansive castle in all of the Czech Republic next to Prague Castle.  The main detail of interest to me was that it was held by a noble Czech family from its beginnings in the 13th century until 1622 when it was given to the Eggenberg family by the Habsburg emperor Rudolf II due to debts by the Czech family.  Why is this interesting?  Well it is the Eggenberg family which started the castle brewery, and the current Eggenberg brewery is a distant descendant of that castle brewery.  What else is interesting is that the Eggenberg family came from Austria which would have strengthened the German influence.  The castle stayed in the family for only about 100 years and then passed to the closest relatives who were of German descent.  It is understandable why the World Wars would have brought up touchy emotions amongst the people.

Krumlov Castle is the best place to get photos of the city and it is also a gateway to the Castle Garden.

Besides founding the castle brewery and enhancing the castle, the Eggenbergs also started the castle garden.  It adds a nice touch of nature to your city time. 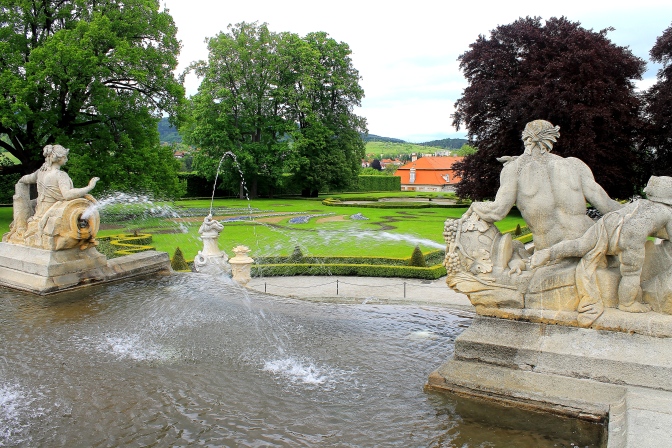 This is a no-brainer and is the most enjoyable part of visiting Česky Krumlov.  Exploring at different times of day gives opportunities to capture the city’s various moods.  I won’t highlight any particular church or museum to visit.  But stopping and trying new Czech beers is always a must for me. Česky Krumlov was the first place that I ever tried the original Budweiser beer, called Budweiser Budvar in the Czech Republic. 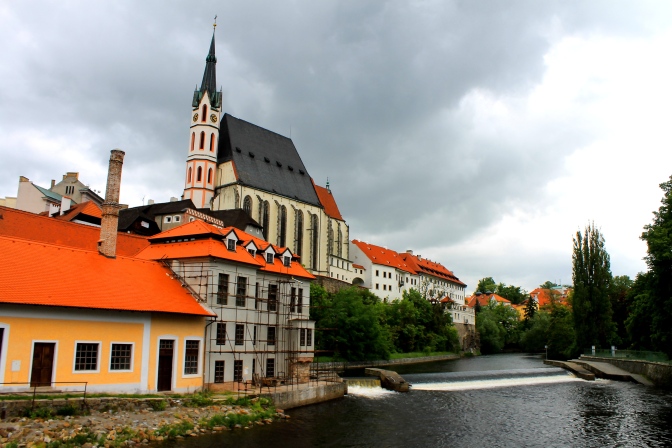 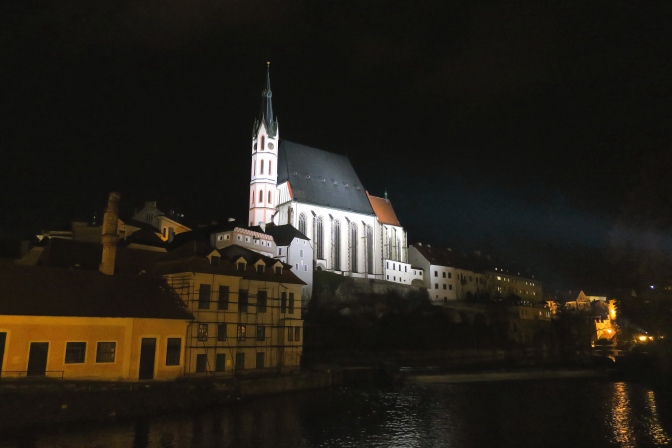 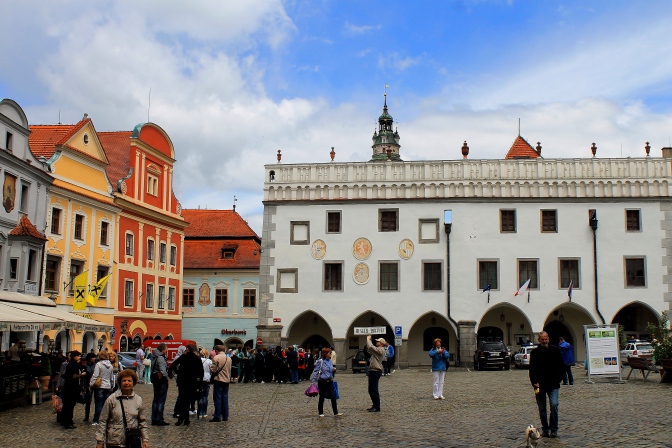 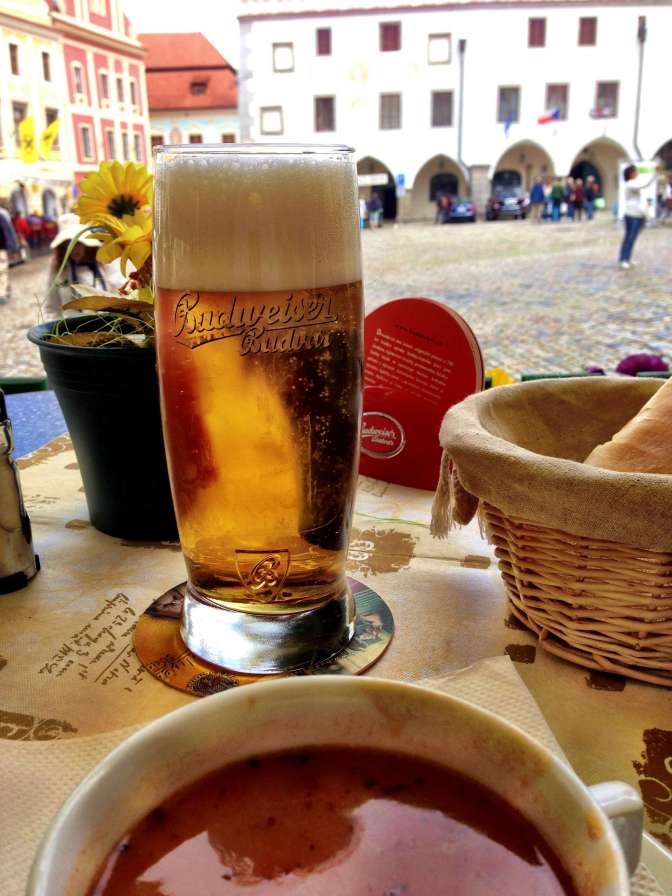 One of the great things about Česky Krumlov is that its Christmas Market lasts from the end of November until the first week of January, more or less five weeks.  This is longer than German Christmas Markets which usually end on Christmas Eve.  The Česky Krumlov market is small but delightful, located on the main square, called Namesti Svornosti.  Couldn’t miss a chance to have some glühwein and add another mug to my collection. 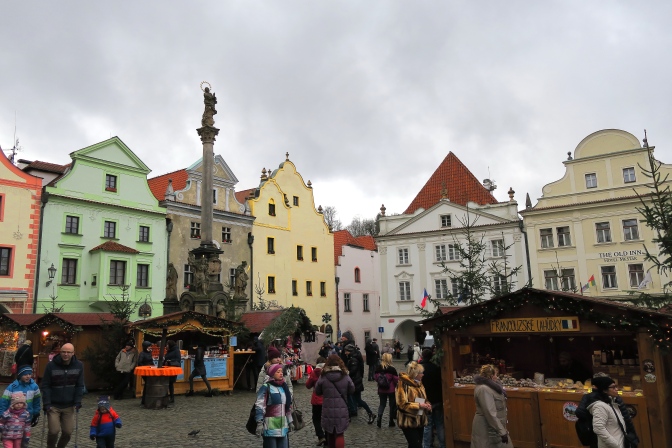 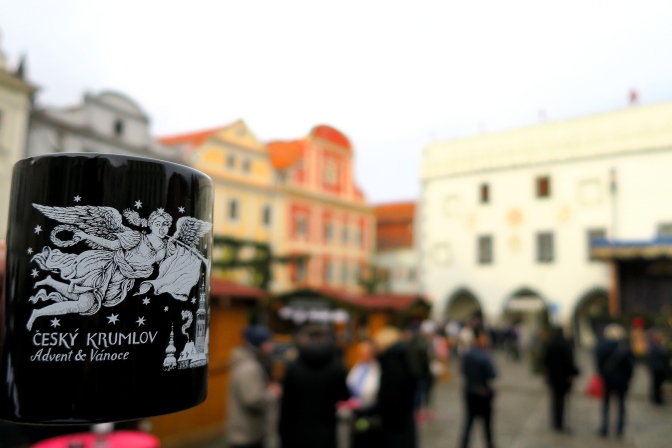 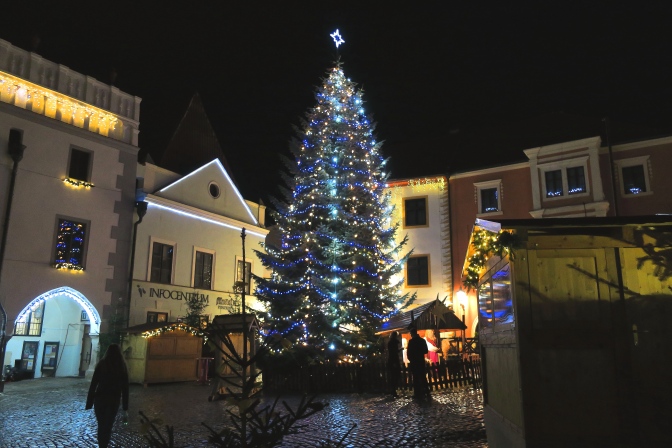 And last but not least….

Housed in more or less the same location as the castle brewery from 400 years ago, Eggenberg carries on the name and rich tradition of brewing beer in Česky Krumlov.  At the peak of the brewing culture here in the 18th century, there were four (4) main breweries where Eggenberg was the largest by production.  Eggenberg, being the castle brewery, was located on the castle side of the river, called Latrán, in a former armoury.  The town brewery (“town” would refer to the people living on the river bend part of the city) was a close second in production.  Today only one brewery remains.  Its name has changed over the centuries depending on which family was in power, but today it takes the name Eggenberg from the original founding family.

Tours of the brewery do not require a reservation and occur at 11:00am every day.  Otherwise, it is possible to sample the different beers in the brewery beergarden next to the shop. 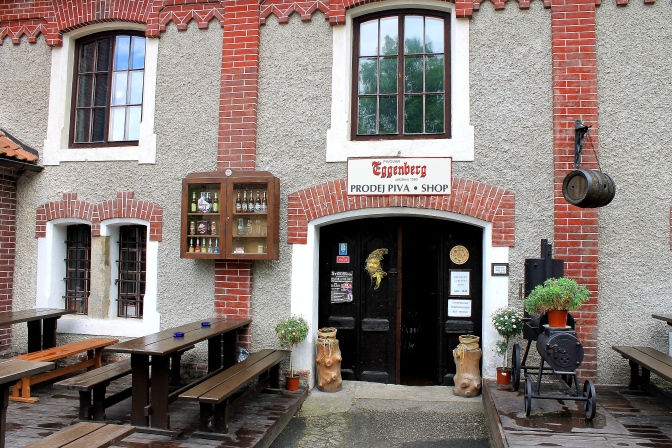 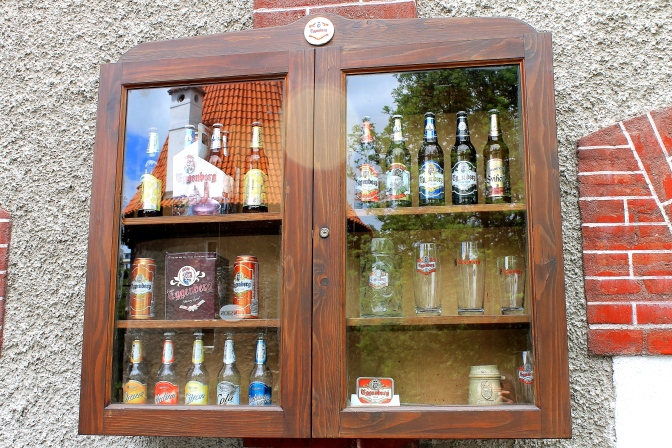 Even after two visits and knowing that I have explored every street in the city, I still feel the urge to go back to Česky Krumlov.  Despite being busy with tourists, there is a peaceful remoteness to it that would make it ideal for another 2-3 night stay where I would spend my time working on my blog, soaking up the ambience, drinking great Czech beer, and just relaxing from the usual hectic nature of traveling.  I haven’t done the brewery tour yet and I also have never been to České Budêjovice, where Budweiser Budvar is brewed.  So it would make the perfect reason to go back.

As if I’d really need a reason other than the city itself. 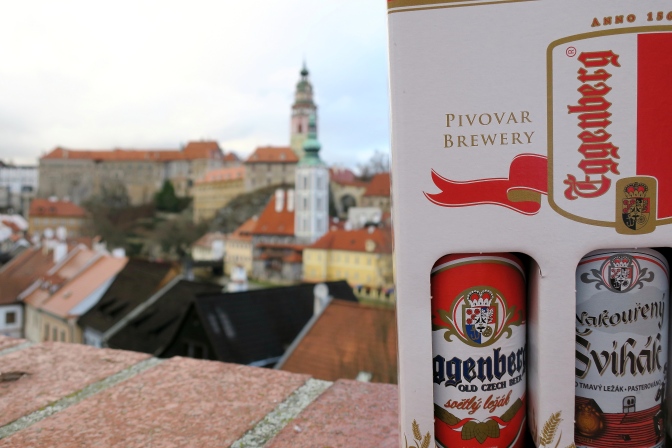